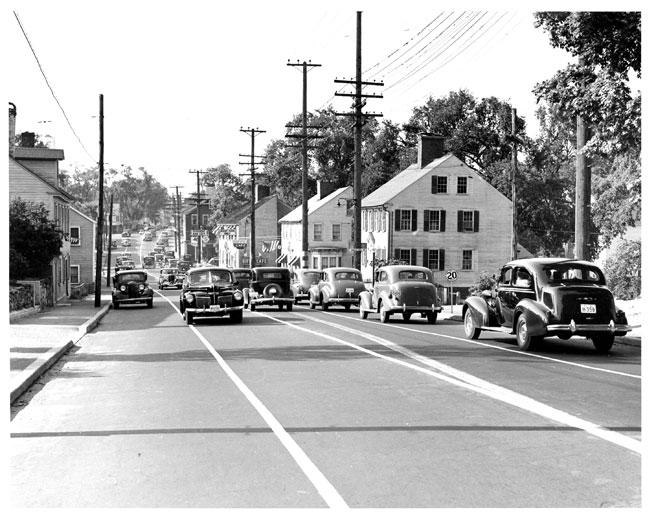 In the 1930s, Providence firefighter J. Arthur Trudeau and his wife Evelyn began to have concerns about the development of their son Kenneth. At the time there was no comprehensive support system for children with developmental disabilities and limited educational programs. Many were sent to a state-run institution with sub-standard conditions and very few opportunities to learn or to lead a happy existence. Parents and family members had no resources to help them cope or deal with children with disabilities.

In 1951, Arthur and Evelyn Trudeau, along with 100 other parents, formed the “Parents Council for Retarded Children” to serve as a support and advocacy group for families of children with developmental disabilities.

Bolstering their effort was then-U.S. Representative John E. Fogarty, a personal friend of Arthur Trudeau from his days at La Salle Academy in Providence. Fogarty, an advocate for the disabled on the national level, would eventually form the John E. Fogarty Center of Providence in 1952, which by the early 1960s was “the only occupational training for disabled children in the United States.” The model for the Trudeau Center would be based upon this concept, while Congressman Fogarty successfully lobbied for legislation on the national level that would fund special education services for the first time.

Also in 1957, Arthur Trudeau was elected as northeast regional director of the National Association for Retarded Children and he had the opportunity to meet with President John F. Kennedy about the newly-established Presidents Committee on Mental Retardation.

In 1964 Trudeau and his team established the Warwick-East Greenwich Association for Retarded Children (ARC). They began the momentous project of constructing a building to house its services on land along Post Road in Apponaug that had been donated by the City of Warwick. Plans for the building included a new daycare center and an occupational training center.

In December of 1965 Arthur Trudeau died suddenly at the young age of 53. Having served as the primary advocate and moving force, many feared that efforts would diminish in his absence. However due to all Arthur had accomplished before his death, and thanks to the efforts of Representative Fogarty and others, the ARC flourished.

Upon its completion in 1966, the building was aptly named the J. Arthur Trudeau Memorial Center to recognize the program’s founder.

The Trudeau Center continued to grow. The need for daycare services was increasing, and an Early Intervention Program was also established. In addition, the children they had served over the years were now adults, and the center created new programs and services appropriate to that age group, including residences to house adults with disabilities.

To help accommodate this growth, a new building was constructed on Commonwealth Avenue in Warwick on land owned by the Community College of Rhode Island.

In 1998, Trudeau created the Pathways Strategic Teaching Center to offer a comprehensive education and treatment program for children with autism and related disorders. It now operates out of its own facility located at the Center of New England in Coventry, RI. Pathways education and treatment strategies are based on the principles of Applied Behavior Analysis, an organized and systematic approach that has been demonstrated effective in building skills as well as assessing and treating problem behavior.

Today, the Trudeau Center is one of Rhode Island’s leading human service organizations, and one of very few to offer programs and services for all life stages.

Some of the success stories