Skip to content
Posted inBlog In the News What's New at Trudeau?
Posted by By Kathleen Layton August 5, 2022 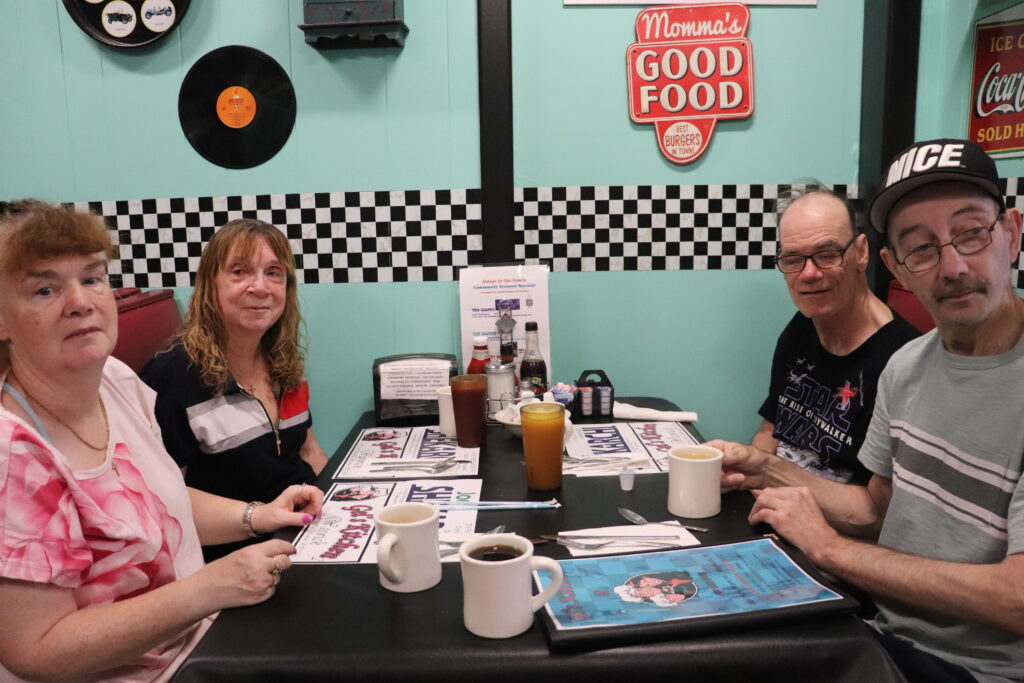 On a sunny Saturday morning in August, a lively group of coworkers, friends and support professionals met at Gel’s Kitchen to celebrate Julien (Jules) Jacques’s recent retirement from his beloved job at the U.S. Naval War College (NWC) in Newport, Rhode Island.

Trudeau Direct Support Professional Mike Theroux hosted the breakfast to recognize Jules’s hard work and to present him with pictures from his 14-year career at the NWC. Surrounded by coworkers who have become close friends, Jules shared, “I loved working there. Retirement is alright, but I’d rather be working with my friends.”

For 14 years, Jules was a part of a cleaning crew at the NWC. Duties included cleaning bathrooms, windows, and removing trash from 9:45 a.m. until 1:15 p.m. Monday through Friday.

Known as the comedian of the cleaning crew, Jules bestowed lasting nicknames to coworkers. “Jules called me cupcake and I called him devil dog,” coworker Alicia said with a smile. Alicia has been employed at the NWC for 18 years, so she worked with Jules for every year of his employment. It’s easy to witness the friendship they’ve formed as she and Jules finish each other’s sentences and giggle over inside jokes.

The journey to the NWC starts and ends at the Trudeau Center’s Post Road, Warwick location. With staff behind the scenes and on the scene, Trudeau’s Employment Concepts program helps individuals with intellectual and developmental disabilities prepare for, find, and retain employment.

Trudeau’s Mike Theroux drives NWC employees to and from Newport in a Trudeau van and supports the staff while they are working.  For years, Jules kept the van humming with stories and songs. Tiffany, who attended the breakfast with her mom Marion, noted, “It’s been a little quiet since Jules left.”

Throughout his 14-year career, Jules received many glowing performance reviews and took his job seriously. Jules’s managers included positive attributes such as “hardworking, always pleasant, helpful, and a good self-advocate.” Jules lives in a Trudeau Shared Living Home and Shared Living Service Coordinator Stephanie Bourgoin says, “Jules always wants to keep busy. He and his shared living provider’s children have formed a wonderful bond. Jules loves to assist with the yard work and is such a helpful and friendly guy.”

As the breakfast slowed down, the group shared hugs and phone numbers — with plans to meet again soon. As Mike Theroux treated all to breakfast, one could easily feel the love and warmth that this group of coworkers and friends has for each other. While Jules explained that retirement has been “boring so far,” there was nothing boring about this retirement breakfast!

Employment Concepts is a program that helps individuals with intellectual and developmental disabilities find employment. It is part of a national initiative to help those with disabilities become contributing members of their community through meaningful, integrated employment.