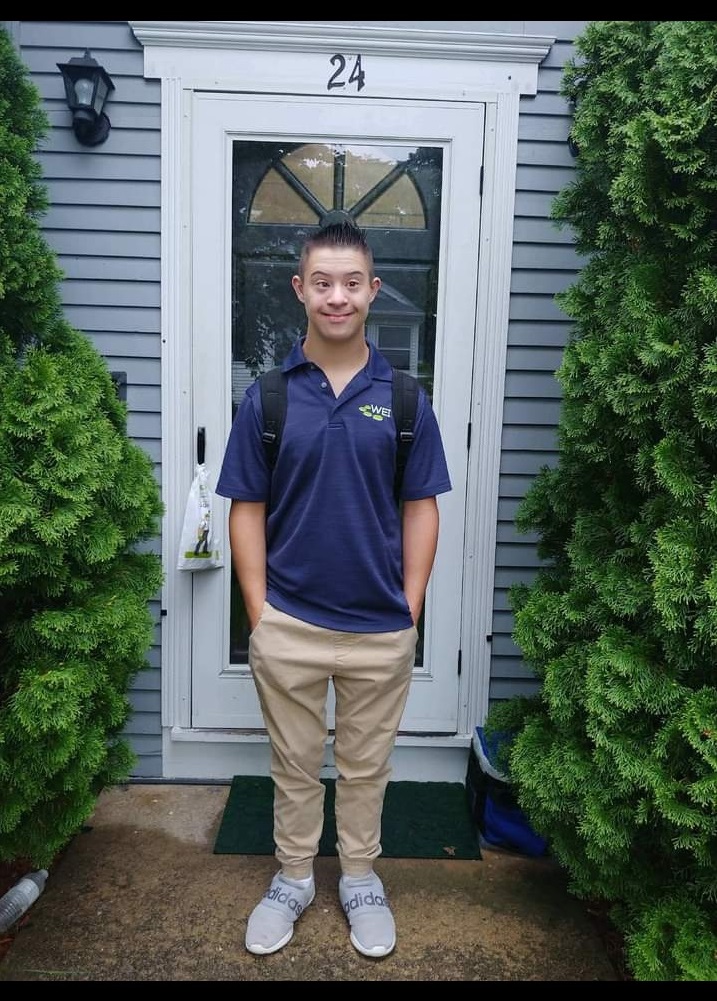 October certainly is the sweetest month. We squeeze Halloween, pumpkin picking, and Down Syndrome Awareness Month into 31 days of fall-infused fun and Down syndrome advocacy and awareness. This year, the Trudeau Center salutes Danny Comella on Down Syndrome Awareness Month for his amazing abilities and accomplishments. Trudeau is particularly proud of Danny because he has been an integral part of our children’s programs since he was a toddler at Crayons Early Learning Center. Danny’s teachers and family marvel at his spirit, intelligence, and determination.

Danny hails from Warwick, Rhode Island and attends Pilgrim High School. In his lifetime of vast achievements, one that he is most proud of is earning his black belt distinction at Mastery Martial Arts in East Greenwich, RI.

Testing for his black belt was physically and mentally demanding and Danny handled it with athleticism and focus. He worked hard and his strength shined as he recently passed his black belt test.

A kind and caring young man, Danny adores his family. Danny’s mother Lisa and father Dan gushed about Danny, “He’s an amazing young man who brings so much joy and love to this world.” As a loving younger brother to 19-year-old sister Elayna, Danny beams with pride when he shares that Elayna is a freshman at Eastern Connecticut State University where she plays basketball for the school.

Always one another’s biggest fans, Danny and Elayna have been cheering each other on their whole lives. And much like Elayna, Danny also plays basketball on many Challengers and Unified basketball teams and is quite a fierce player.

An animal lover, Danny cherishes Lily, the family’s golden retriever. When Danny isn’t playing sports or working on his karate skills, he is attending social events and keeps a very active social life.

“I often describe Danny as someone who brings the party wherever he goes and I say that because he is ALWAYS up for an adventure.” 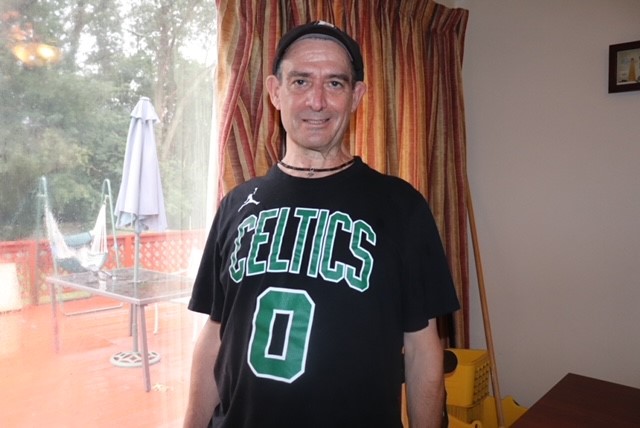 Trudeau Center DSP (Direct Support Professional) Tom Moniz recently returned to work after a well-earned vacation and was excited to chat about his 16 years of working as a Trudeau DSP. An energetic man who loves sports, Tom inspirationally explained his love for the job with, “I wanted to make a difference in their lives, but they made the difference in mine.” During a visit I made to the Spring Grove group home where Tom helps support four men, it was obvious that he is a comfortable caretaker and that he and the men who live there have a wonderful relationship.

Tom thinks of the many adults he has supported throughout his career as “family.” He reminisces about playing sports, tending to flowers, and gaining an appreciation for art with the men and women he has helped care for. Tom describes a career highlight of walking with Trudeau’s Special Olympics’ athletes during competition and recalls a Trudeau athlete, who has since passed away, who won multiple medals and always showed them off by wearing them around his neck. “Those medals made me almost as proud as they made him,” Tom shares.

Before his career at Trudeau, Tom worked at Ann & Hope for 16 years as a retail manager. A self-confessed people person, Tom enjoyed his retail job, but explains, “This job is so much more rewarding. We’re touching people’s lives.”

Director of Adult Residential Programs’ Darlene James gives him a glowing review. “Tom is a very hard worker who takes initiative and solves problems. He is honest, fair and a strong advocate for those he supports.”

Tom shares that he has met so many nice people through his job and that “people have been great to me. I’ve been blessed.”  When asked for a favorite part of his job, Tom responds, “To make them smile.”

Thanks for making us all smile, Tom, and congratulations on being a Trudeau DSP of the Day!

Your ticket for the: Trudeau Celebrates Danny Comella on Down Syndrome Awareness Month