Skip to content
Posted inBlog In the News What's New at Trudeau?
Posted by By Kathleen Layton January 26, 2022 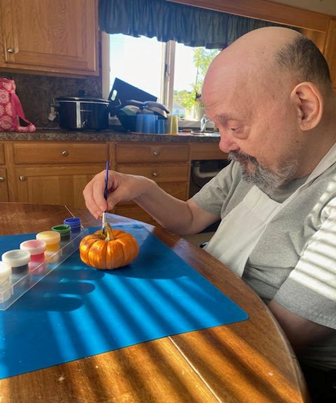 John Cippola, 70, passed away in Warwick, Rhode Island on January 14, 2022. Born in Providence on September 30, 1951, John was predeceased by his mother Viola, his father Giuseppe, and his older brother and only sibling Joseph. He leaves behind his five cherished housemates with whom he lived in a Trudeau Center group home.

John’s youth was spent at home with his parents. In 1975, at 24 years of age, he moved to the Ladd School where he worked in the cafeteria while living there. He was also employed at several sheltered workshops for adults with disabilities and found his strength in piecework jobs that used his adept fine motor skills.

John truly found his home when he moved into Trudeau’s West Shore Road group home. There he lived with five friends and was cared for by many compassionate Direct Support Professionals. An expressive introvert, John spent time conversing with his friends and staff and taking trips to Oakland Beach to listen to the waves and admire the motorcycles. John adored music, with a special fondness for Lite Rock 105 and The Beatles. John was often happiest singing along to his favorite songs with his favorite staff. A coffee enthusiast, John could often be found folding laundry, watching the news, singing, and saying his prayers.