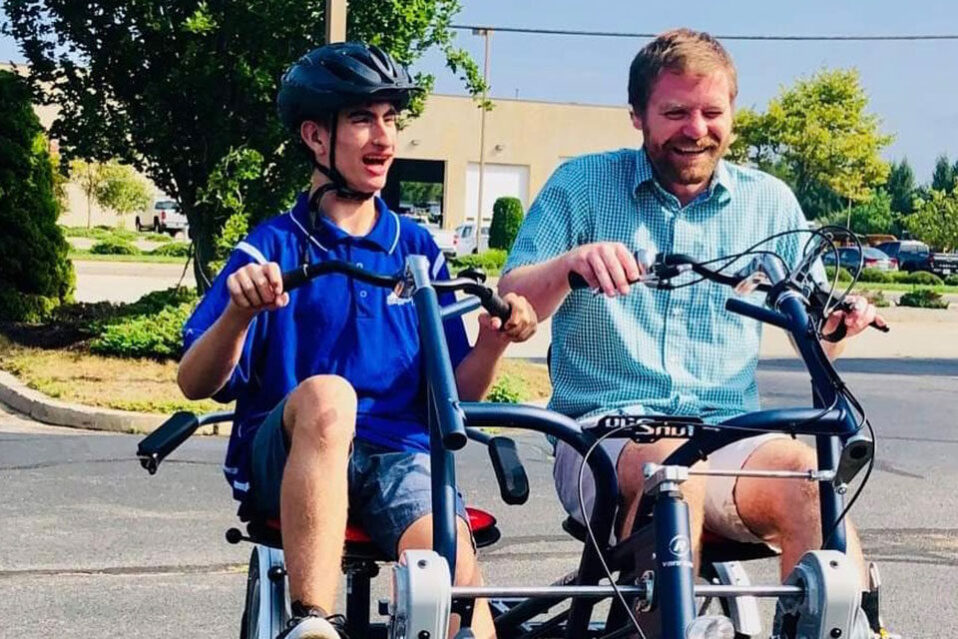 Jessie Perrin ’17, behavior analyst for children with autism and disabilities

Jesse Perrin ’17 (M) grew up volunteering at many organizations, and he always seemed to gravitate towards the kids who were picked on or who were disadvantaged in some way, helping to mentor and teach them despite their challenges.

When he graduated from the University of Massachusetts Dartmouth (UMass Dartmouth) with a degree in psychology in 2013, he decided that he wanted to pursue a lifelong career of working alongside disadvantaged kids—particularly with autism and disabilities through applied behavioral analysis (ABA).

“I think life is difficult enough as it is, and if you really are at a disadvantage, it’s an obligation to help people who have less advantages than you,” Perrin described. “And ABA provides the best tools to do that in my field.”

While Perrin started on his master’s in ABA at UMass Dartmouth, he kept hearing about the ABA program at Salve Regina. He felt like he wasn’t being challenged enough in his current master’s program, so he made the leap to transfer and finish out his degree at Salve Regina, which he finished in 2017.

Your ticket for the: Jessie Perrin ’17, behavior analyst for children with autism and disabilities

Jessie Perrin ’17, behavior analyst for children with autism and disabilities